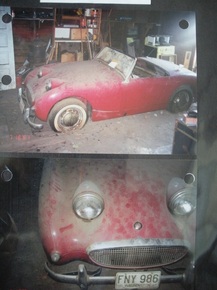 In 2001 as sold.
This Sprite was 1 owner car in very nice condition, stored the last 20 years in Washington state.  You can see in the 2001 photo that it is not a rusted car. The floors are perfect and original. The engine compartment still has original Cherry Red paint.
I have the original purchase agreement for the car, by Mr. Marconi dated March 1962. His Estate sold the car to Mr. Evans.

In 2001, Mr. Evans brought the car out of dust and decades of dry storage and returned it to life. With a good cleaning and minor mechanical work, it was back to being a usable fun car. At this point it was in incredibly good, rust free, all original condition.


He sold it to Mr. Creek who drove it for 2 years.


Mr. Creek sold it to Dr. Amis who brought it to Southampton, NY. He did the big restoration on it. He had the exterior body repainted, the interior completely restored and renewed all the mechanicals. When I got the car from him there was no top or side curtains. He only drove it in good weather.


I have all receipts for the restoration and a spreadsheet which shows he spent $33k and I spent $7k. Total $40k plus lot of my work to bring it to it's current state. I have been able to chase details to complete the restoration to a very high level. I consult a Sprite Concours Guide, plus Sprite experts. 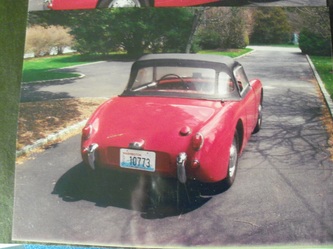 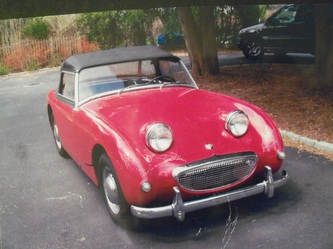 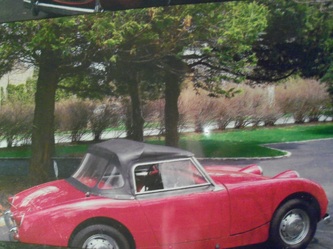 I have extensive documentation from all the previous owners.